You gotta love an A-frame. Alphabetically speaking, they’re at the front of the pack but we’d also give these cute, characterful buildings an A for architectural merit. And an A+ for artfulness. Although the A-frame began life as a rudimentary structure in Europe, China and the South Pacific, it really rose to the top of the pops in the mid-50s when the New York Times published an extensive feature on a beach getaway in Long Island known as the Reese House. It was designed by modernist architect Andrew Geller – and it captured the imagination of the public.

The A-frame, also, for obvious reasons, called the all-roof house, became synonymous with the golden age of capitalism. In America, when living standards rose, many everyday families could afford a second home – and A-frames were relatively simple and inexpensive to build. Those who could not afford a holiday place of their own, embarked on road-trip holidays in their new chrome-trimmed automobiles and stayed in lodges or cabins thus cementing the A-frame as an iconic image of those mid-century mood.

Here in New Zealand, the A-frame comes with its fair share of nostalgia, although many were built a bit later – think 1960s and 70s. Take a trip to any well-established beach-side community and you’re likely to find one. On Papamoa beach, for instance, there’s an A-frame painted ice-cream pink that you can rent for the weekend. Timber beams, cork-tile floors and a yolk-yellow splashback are all original and, in keeping with the era, the owners have built a bar using decorative breeze blocks and furnished it with cane and rattan pieces. An hour’s drive away, at beautiful Ohope beach, there’s another take on the theme. Here, a black A-frame has been contemporised with aluminium joinery and concrete floors. An intriguing steel spiral staircase leads to the bedrooms above and the bathrooms are lined in ply.

These small-footprint homes are growing in popularity and there are companies that now market them in kitset form. Indeed, once the A-frame seeps into your consciousness, they’ll be hard to miss…you’ll start to spot them everywhere. From DOC huts to holiday chalets, country cabins and remote railway station waiting rooms, they are an integral part of our built backyard.

One for the diary:
When the Resene Architecture & Design Film Festival rolls around in May (well we hope it rolls around – the 2020 event was canned), we’ll be the first to plant our bums on those cinema seats. Watching a movie that delves into the work of renowned architects or widens our eyes to the societal impact of the profession is not only entertaining – but we get to feel cultural too! One of our favourites from a prior festival was a documentary about Frank Lloyd Wright. Of course, it was an indulgent glimpse into his symphonic buildings including the Guggenheim, the Johnson Wax headquarters and Fallingwater, but the incredible story of the massacre of the architects’ mistress and her two young children (among others) at Taliesen, their Wisconsin hideaway, was a shock.

A paid helper employed by the Wrights, had just served lunch when he took up a hatchet and served up a rather less tasteful dish. No one knows for sure the motivation for his murderous rampage but once the deed was done, he put a match to the place the media dubbed ‘the love cottage’ and it was severely damaged. Wright rebuilt Taliesen not once but twice after it later went up in flames following an electrical fault. For incredible architecture and true-life drama wrapped up in one, that film is hard to beat. But we have to admit to being curious about a recently released documentary, Unity Temple: Frank Lloyd Wright’s Modern Masterpiece. It’s narrated by Brad Pitt who has claimed that while acting is his career, architecture is his passion. “The mission of an architect is to help people understand how to make life more beautiful,” says Brad in the documentary. Which might inspire some to ask, could there be a more perfect man?! Brad not Frank. Take a look at the trailer here unitytemplefilm.com/ and check out You Tube for some free streaming documentaries on the architect that many called arrogant – but still more named a genius.

Why don’t developers of multi-unit residential projects allow for more communal spaces in their master planning? Why doesn’t the Government encourage it with tax incentives? Even though there are height- to-boundary and land-coverage edicts in the district plans, developers seem intent on pushing these to the max. Every square inch possible is taken up with building. Perhaps this is what homeowners want – the house or townhouse to the very limits in order to make the ‘most’ of what is generally a smaller footprint than the quarter-acre of times past.

Medium-density living is upon us and, we get it. We really do. But there’s a downside to being smack up against the neighbours and putting in a high wall for privacy. There are no wins. Not only can you still hear if the kids are having a tantrum on either side of the wall or the dog is pining for company, but residents seldom get to meet those who live right alongside them face to face. When houses had bigger gardens, neighbours often got to know each other better simply because they were out pottering or mowing on weekends and a conversation was struck up over the fence. In the 2020s, there aren’t as many of those opportunities. So, we love the idea that future developments could be designed with communal areas. Shared spaces can feasibly allow more room for living [privately] in the main body of the house. A communal laundry is one idea but, if that is outside the comfort zone, a shared garden is a more palatable option. Recently, the results from the first-ever Aotearoa National Community Gardens Survey, supported by the University of Canterbury’s Sustainability Office, were released. The survey asked participants across 204 community gardens a series of questions – and 72% of respondents said they see their work as being part of their community’s essential infrastructure. Generally, the plots of land are owned by the council, central government, churches, universities, iwi and trusts. Volunteers come together to grow food and much of the harvest is distributed to those in need. A common struggle among the community gardens was the lack of funding. Which begs the question, why can’t such spaces also exist within private developments, albeit on a smaller scale? They’re so much more than just a place to grow vegetables; they’re somewhere to talk to, and learn about, neighbours. They promote social engagement and cohesion. They break down cultural barriers. They feed mental health. They feed the hungry.

While this is not a new idea, it is one Kiwis need to wrap their heads around. Cohaus in Auckland’s Grey Lynn is a forerunner of this type of development. Due to be completed in April, there are 20 homes, all sold, and the owners are already all well on their way to knowing each other better through Facebook updates and activities. The complex has some shared facilities, including a guest bedroom, a common room, laundry and bike parking. And yes, there is a communal garden.  It will be interesting to see how the ‘experimental’ form of living evolves. In the meantime, if you don’t have much of a patch for a potager at yours, or if you simply want to learn something new alongside likeminded people, look up a community garden in your area. Happy harvesting. 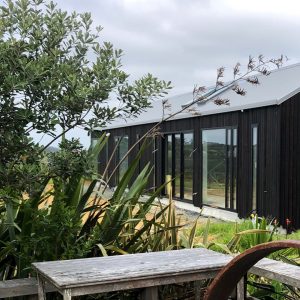 A cluster of cabbage trees stretching into the sky, against a backdrop of islands and ocean, is an iconic indicator that locates this property immediately 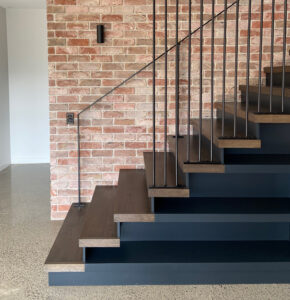 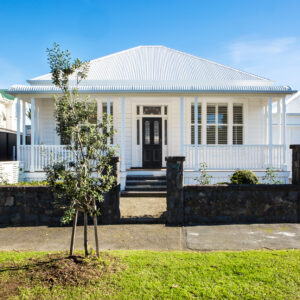 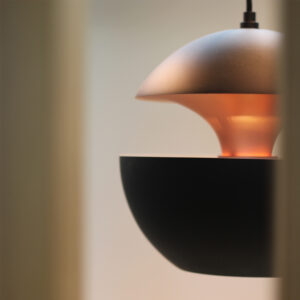 Lighting might not take top billing when it comes to the wishlist that will make a space your own, but it is one of the