The site is long and skinny (think 40 metres x 11.7 metres wide), but also steep. That might seem tricky for building however Box™ design lead Tim Hogarth was excited. It presented him with the opportunity to play out an entry sequence, one where the house slowly reveals itself upon pushing open the front door.

The owner, a cameraman on the local version of TV show Grand Designs, is passionate about the process of building, so came armed with a design vision and good energy. He had bought the property some 15 years ago as an investment and was finally in a position to remove the existing cottage (which was dilapidated and beyond re-use), making way for a place that felt more personalised to him.

This new home nestles into the contours of the land; its sloping roof keeps it below the established recession planes so no resource consent or sign-off from neighbours was required. It’s all very low key apart from one artful touch: when visitors approach, they are directed to the front door by a horizontal slash of red on a metal fascia board that contrasts the black vertical timber cladding. “It’s painted ‘Pioneer Red’ which relates historically to the colour and tone many homes in the neighbourhood used,” says Tim.

On the entrance side of the building the garage is made discrete by blending with the cladding. The front door opens to a passageway, with the careful placement of a window at the end of the space that frames a large magnolia tree. It is only once you turn a corner and enter the living room that a tableau of the city, the Auckland Sky Tower spiking up, emerges. “The more you enter, the more you discover,” says Tim.

The building steps down three levels and each floor has a different aspect. The highest storey with its living/dining/kitchen space puts the park view fully in the frame. This level also has a generous east-facing balcony for breakfast in the dappled sun with a green and serene backdrop. Half a storey down, the bedroom zone is a camp surrounded by vegetation and privacy. The main bedroom, on the lowest part of the plan, feels grounded and enjoys access to generous decking.

Clever planning has made the best of the site with interiors that are shaped around light and privacy. Above the kitchen, west-facing clerestory windows allow the evening sun to stream in, yet slot glazing in the bathrooms keeps the rooms light but secluded.

Interior aspects such as hand-blown glass pendants above the kitchen bench, an engineered white stone benchtop, matt-white cabinetry with walnut timber give a contemporary flavour and personality. Bathrooms were specified with luxurious touches such as the same walnut cabinetry and floor-to-ceiling tiles to all walls.

“The client brought to us lots of his ideas – including the oak-timber railings around the stairwell. He was excited by the process and energised by the build,” says Tim.

Even a pause in construction, brought about by the Covid-19 lockdown, did not quell his enthusiasm. Come November, when hand-over is due, there’ll be much cause for celebration – a chance for the client and designer to raise a glass to a fine collaboration and a job well done. It remains to be seen who will be proudest of the result. 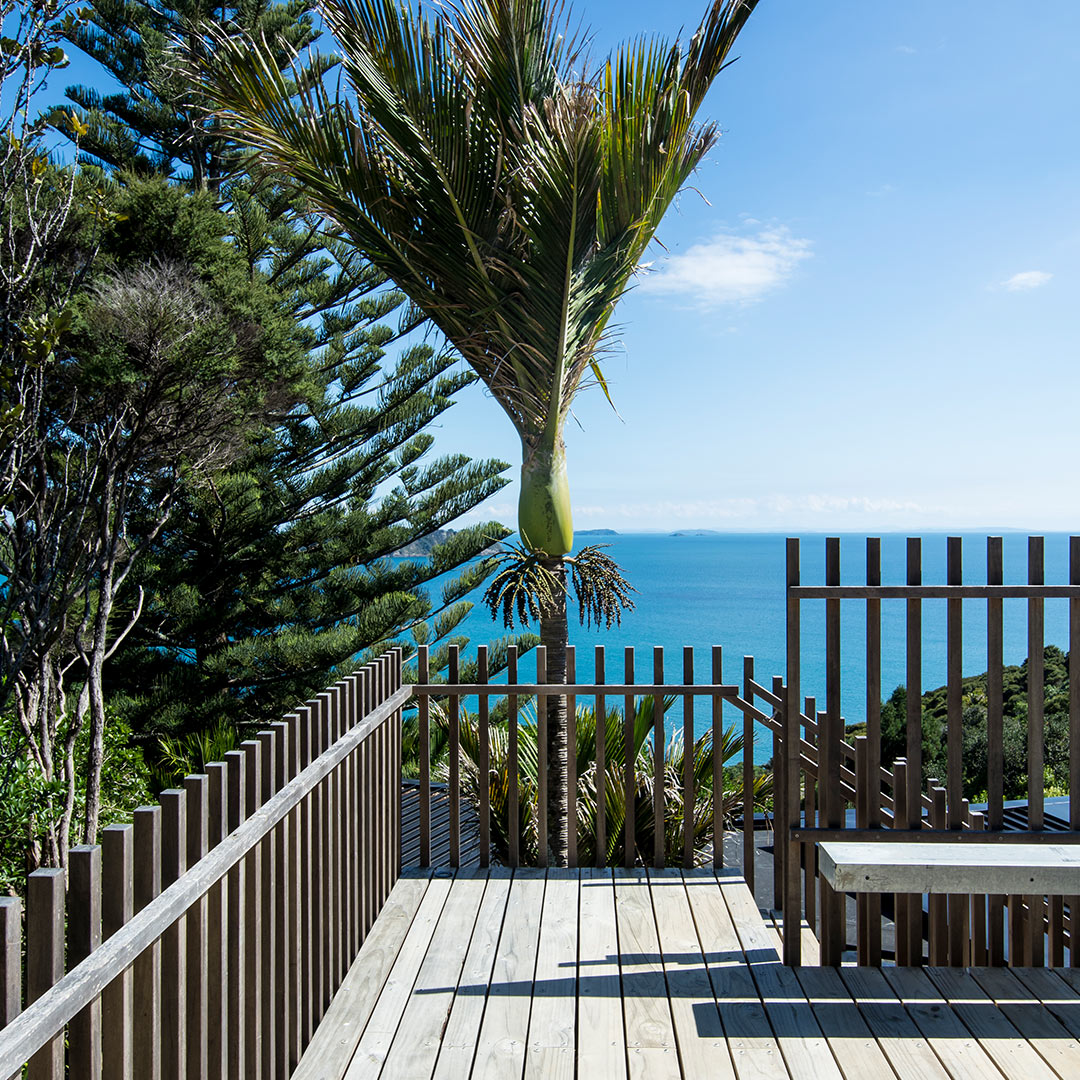 Sliced out of the North Island Bush 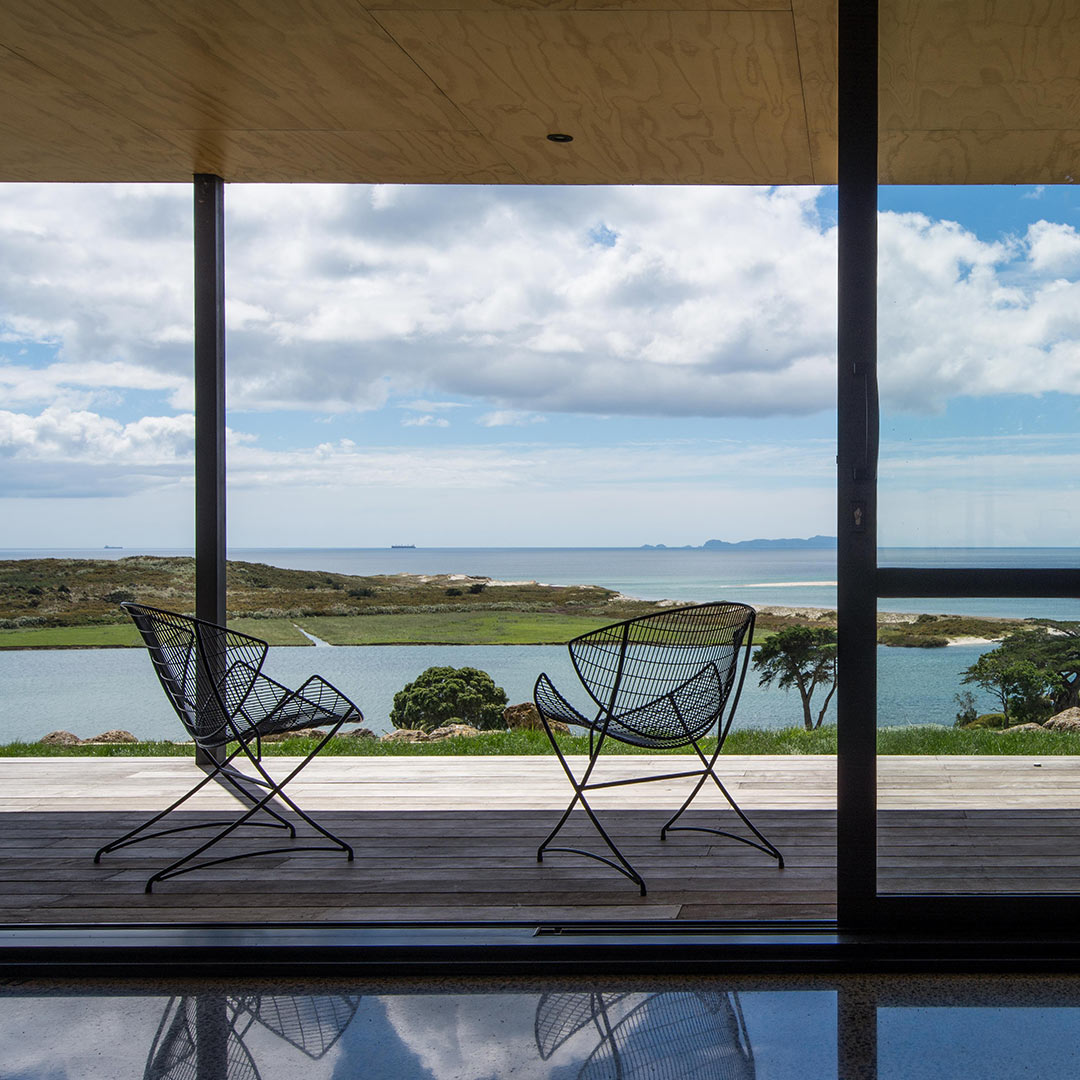 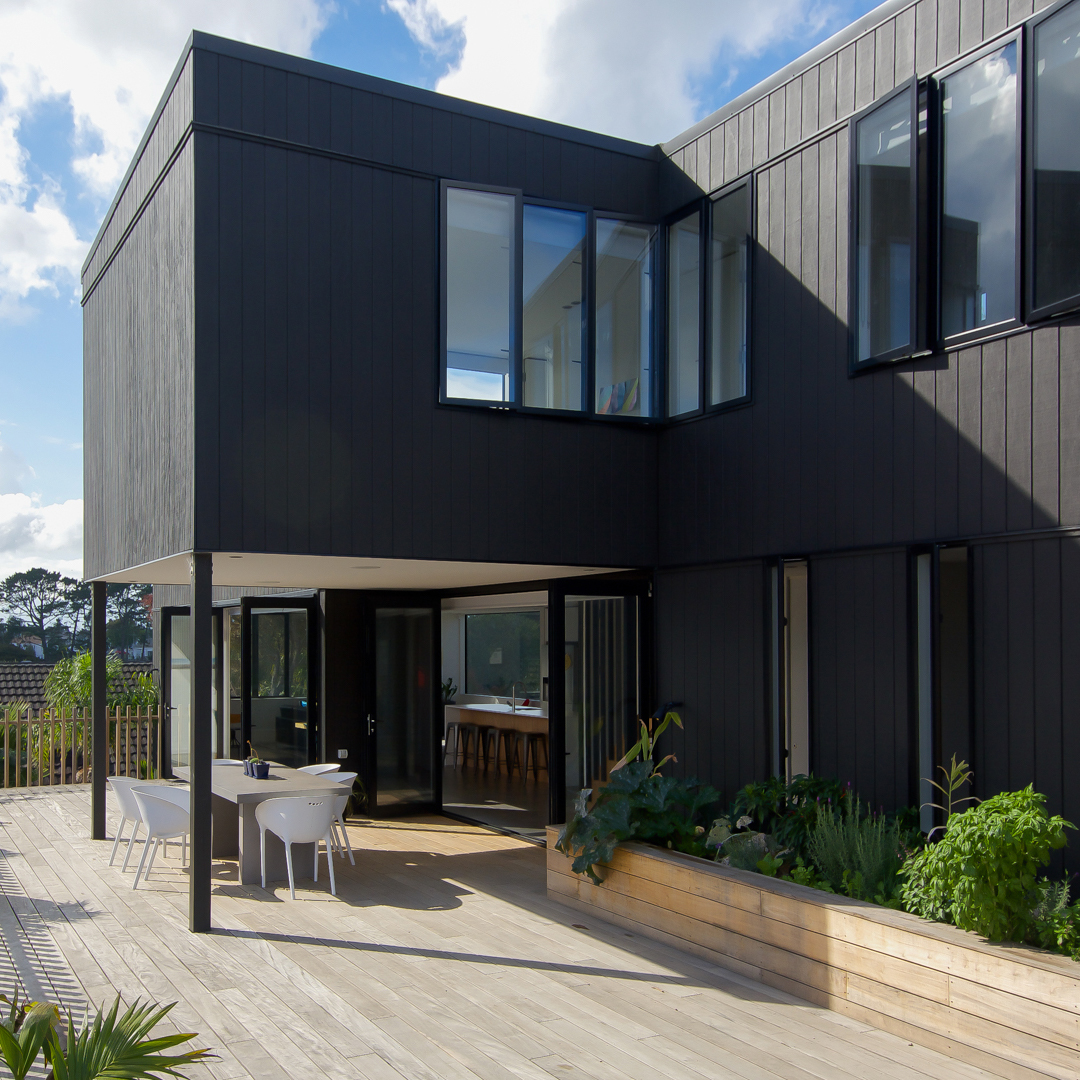