Sliced out of the North Island Bush

This section was typical of its Waiheke Island location. Sliced out of the North Island bush, the umbrella tops of nikau fronds punctured a varied tapestry of green and the north-facing view across the valley stretched all the way to the open ocean. Sounds idyllic …but the sloping site was tricky to build on and the French couple who had bought it were finding it difficult to come up with a sensible way to achieve a home they could live in, commuting to work in the city, without it costing a fortune.

Box™ has always believed in taking a different approach to the way houses are traditionally designed and delivered. The company straddles the divide between bespoke architecture and group builders that offer generic plans. In this instance, the challenge was to conceptualise a no-nonsense design with good aesthetic credentials on a site where the access was incredibly constrained.

The answer involved compromise and creative thinking. First up, the idea of a driveway and a garage was abandoned as it was far too extravagant. Instead, a parking platform off the one-way street was devised with a walk-down entry stair. It was obvious from the outset that a pole house was the most sensitive solution to limit the earthworks required and keep the natural environment as undisturbed as possible.

The next question became: how to get the materials onto a precipitous hillside and assemble them without rapid cost blow-out? In this instance, the best way forward was to design the house in modules that could be barged over to the island then craned into place. Six ‘pods’ were built off site – five that slotted together to make up the main home and another as a sleep-out for guests.

A bird’s eye view of the property shows how well this plan came together. The house, less than a year old, looks so well-settled, sitting snugly within the landscape. It’s an honest, humble design where low-maintenance materials combine with just enough creature comforts befitting of an island lifestyle.

All up, the house is 97 square metres with a 30-square-metre covered outdoor area, protected by a wedge-shaped roof that links the main dwelling to the visitor wing. Industrial metal roofing wraps down to clad the walls. It has a wide-trough profile that gives the dwelling a container-like feel. It’s also low-maintenance for a coastal climate. The rest of the material palette is simple: Vitex decking, cedar screens to shield the entry and the rear of the alfresco area, the trademark Box™ full-height aluminium windows and American oak overlay flooring.

The couple has no children and so there’s only one bedroom in the main house. Not that it’s without a touch of luxe – there are his-and-hers basins in the en suite and a shower with a view of the bush. Built-in vanity units are part of the Box™ aesthetic and they feature here and across the way in the guest bedroom which is designed to be flexible enough for families to stay for weekends. There’s a bathroom and a mezzanine level too where a bed with a tennis-net barrier adds the fun factor.

Inside, the services and storage are grouped along the length of the rear south-facing wall. Skylights above the kitchen and sliding doors along the front are more than enough to keep the light flooding in. The owners have decorated in a minimal, soft-Scandi fashion using white and pale timber furnishings and a punch of colour in the blue-velvet couch. A wood burner keeps the small-scale home comfortable in winter.

For the most part it’s an admirably unpretentious approach but, naturellement, they had their priorities. A temperature-controlled wine fridge was a ‘must have’ built into the front of the kitchen island.

With an aspect out past the vertical punctuation of a Norfolk pine and over the water to the horizon, they have a million-dollar reason to regularly raise a toast. 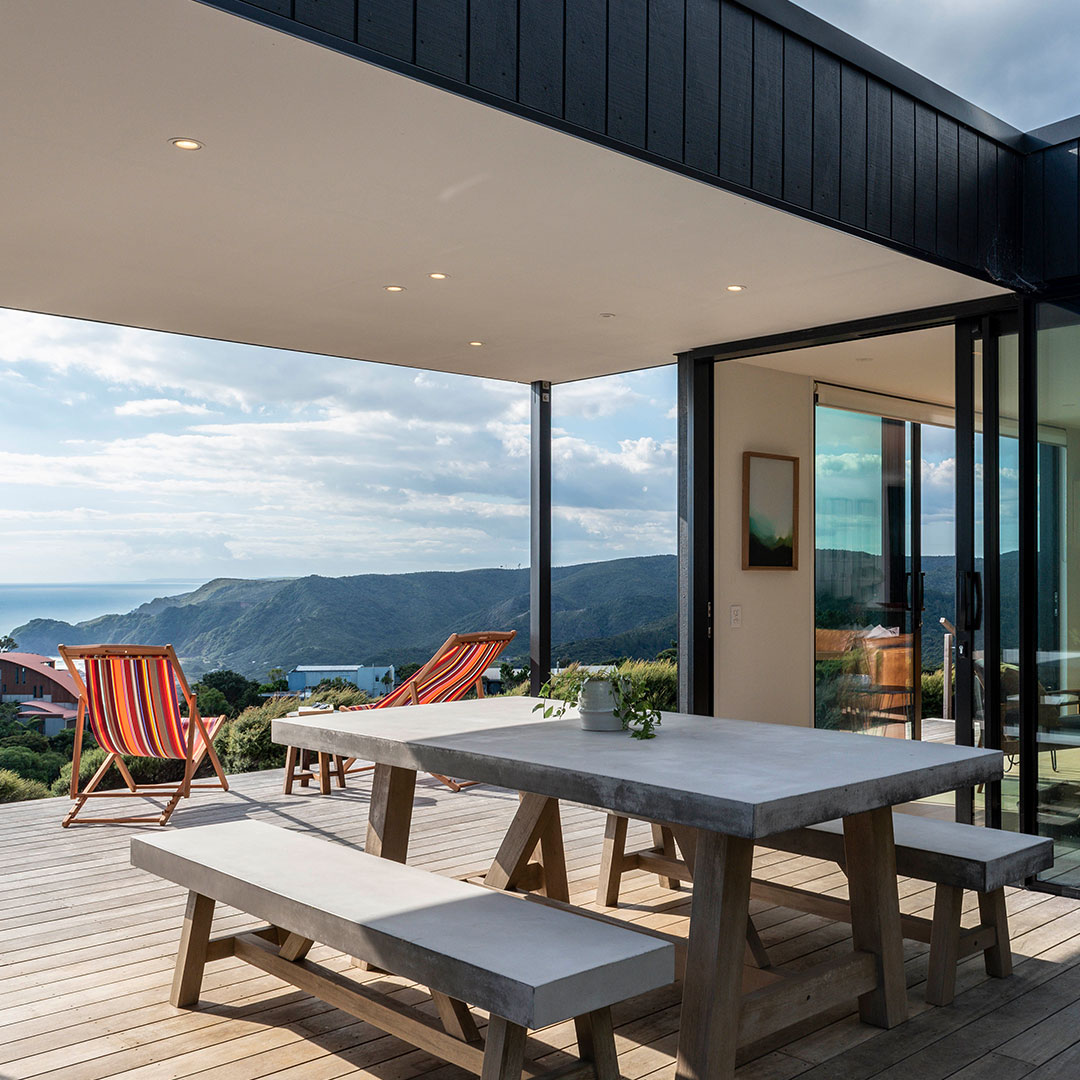 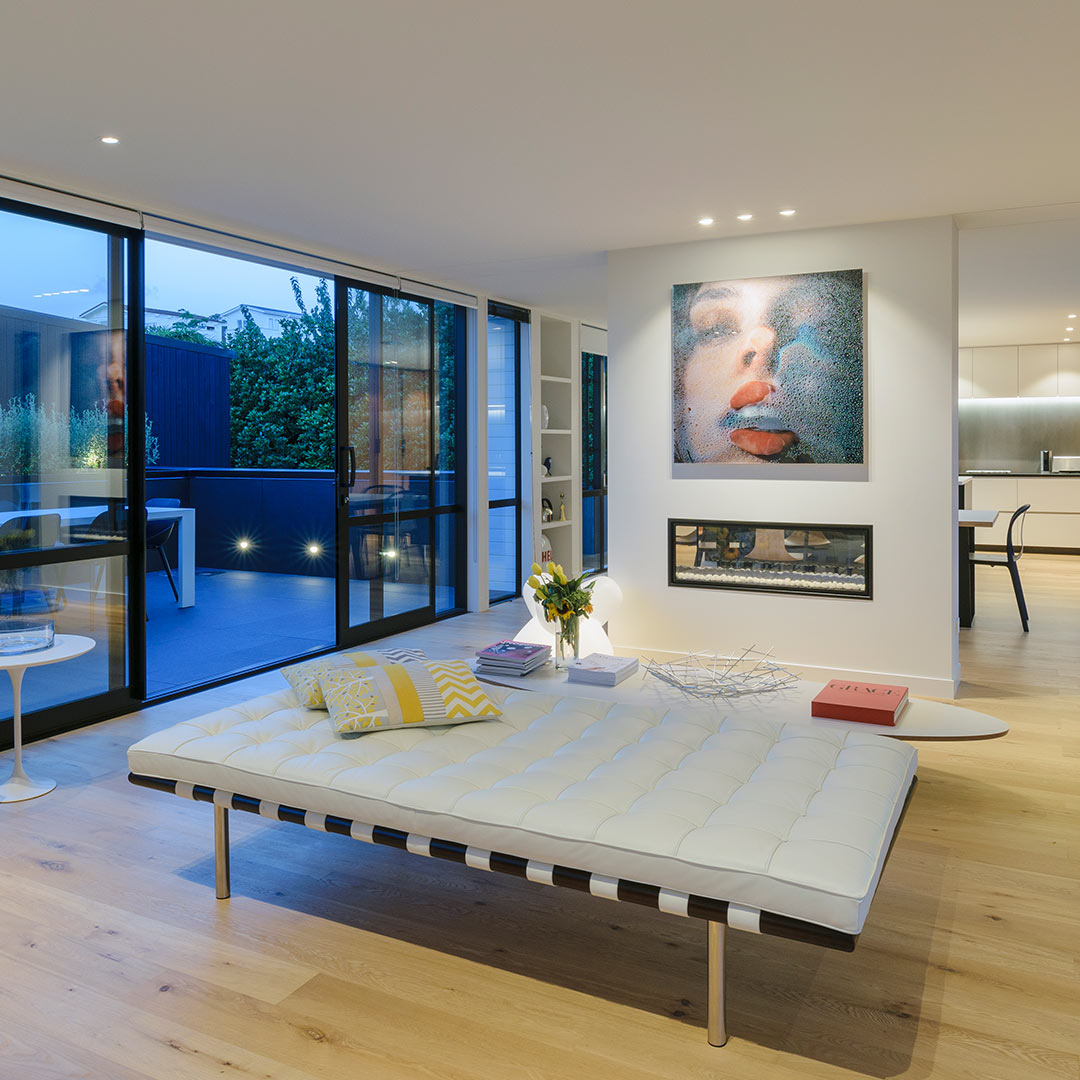 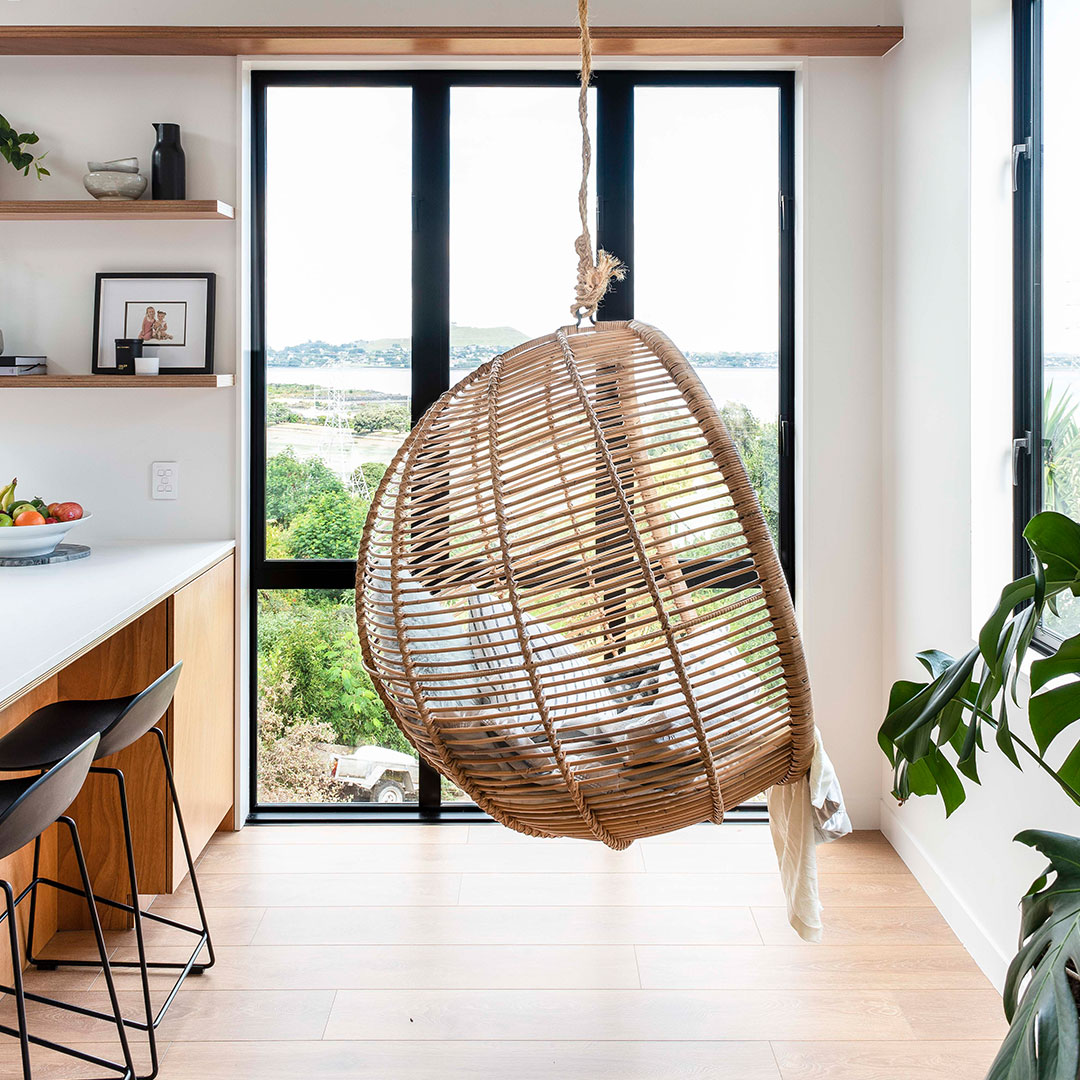 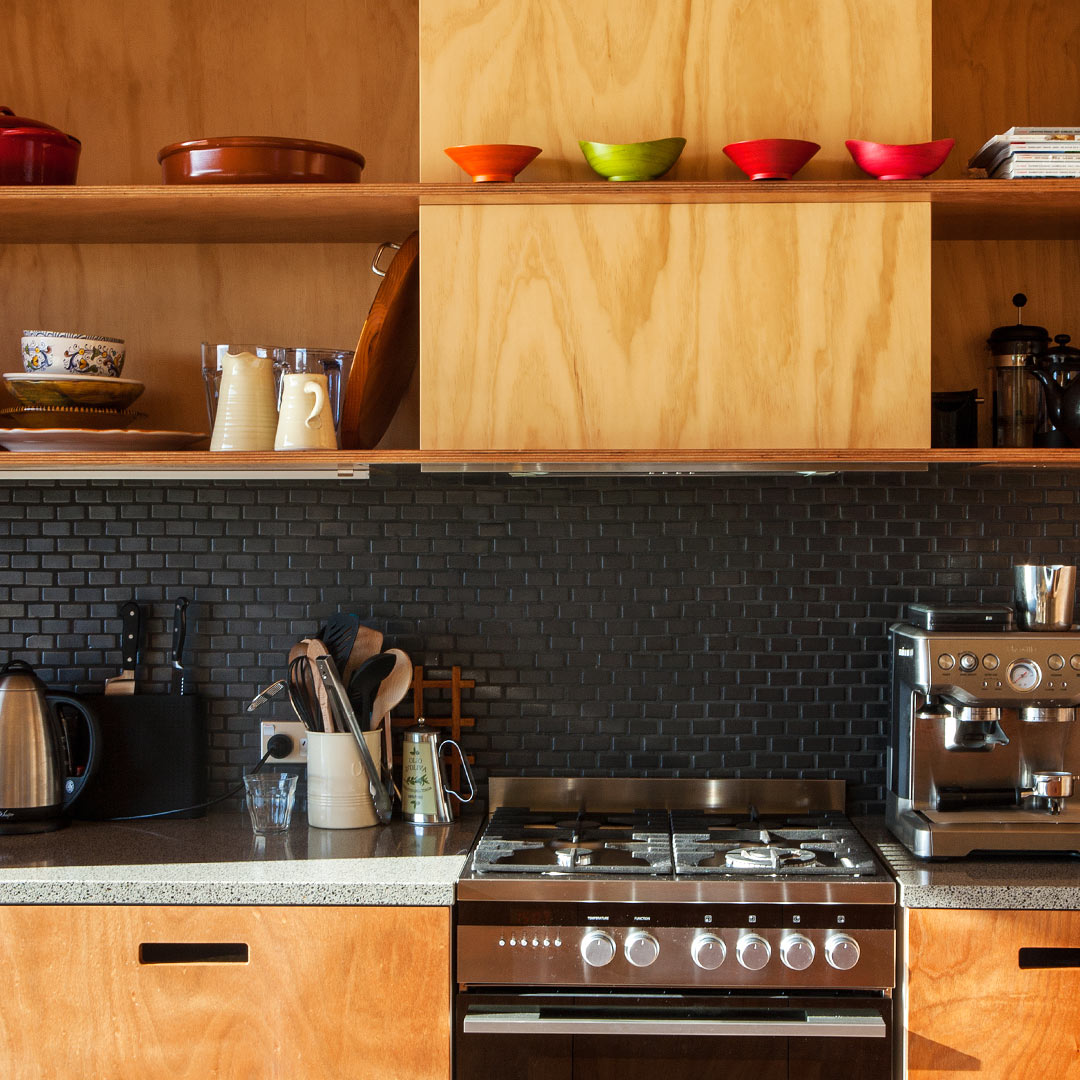 Blessed with sea views to the horizon!